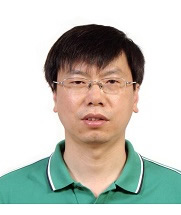 Director of the Department of Automation at USTC

ME   Institute of Automation, Chinese Academy of Sciences

Member the of editorial board of the Acta Automatica Sinica

Academic committee member of the National Laboratory of Pattern Recognition

Distinguished Young Scholars of the CAS

Pro. Xu put forward the concept of the tonal triphone model and the search algorithm integrating acoustics, linguistics and intonation at the end of 1990s, in which area he won the First Prize for Best Paper of International Chinese Spoken Language Processing. As the Chinese representative participating in the C-Star III program, an international cooperation program on oral translation, Pro. Xu has greatly promoted the technology of domestic oral translation, which contributes to form widely international cooperation in this area. In addition, Pro. Xu's research on the Language and Speech Technology utilization in the massive information processing on the Internet, has already been successfully applied to the radio and television monitoring and spoken language automatic evaluation since 2005.